0 Lodz Diaspora around the world 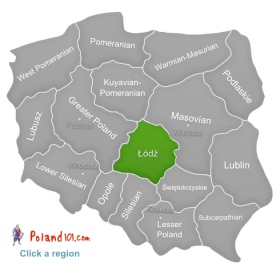 The area of Lodz gets its name from the city Lodz, but consists of more than just Lodz itself. Lodz is by far the biggest city in this region of Poland, and is usually the first stop for most visitors (and often the only stop, too). To be honest, it is not exactly people's favorite travel destination. If people want to visit cities in Poland, they usually go for some of the more charming and important cities in areas that are of more interest for tourists (like Lesser Poland). Lodz, however, is trying to polish its image, mainly by focusing on its connection to Hollywood. Hence, you might come across the term “HollyLodz” during your travels.

While it is possible to fly into Lodz, the connections are not as good as in other regions of Poland. Getting around in Lodz is not too much of a problem though: there are trains, buses, and you can also hire a car or come with your own (make sure that you do have a good road atlas though).

Lodz is the center of film in Poland. The National Film school can be found in Lodz, and Lodz also tries to use the movie industry to revive tourism in HollyLodz.

The area around Lodz is also famous for its flourishing textile industry, though the heyday of this has been a bit in the past, mainly during the era called “fin de siecle” (the time of Oscar Wilde, just to put it into perspective).

Sights, places, and activities you should not miss in the city of Lodz

As other towns in the region Lodz are not very much used to visitors, and the main attractions are within Lodz, we will focus on Lodz in this article. Lodz once was the second largest city in Poland, but has fallen on the third place in 2007. It is often called the Manchester of Poland and is home to the longest walking street in Europe.

Can't see your surname here? Check for your region of origin here: