0 Lubusz Diaspora around the world 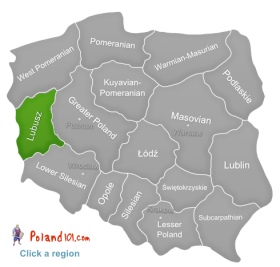 Lubusz is relatively small in regards to its population. Only around one million people live there, and it is not yet a very popular destination for the mainstream tourist (and might never be, which is not such a bad thing). Lubusz is an area that is mainly interesting for people who enjoy historic fortifications, towns with interesting but also tragic histories, bird-watching and amazing parks. There are plenty of protected areas in this part of Poland, and the chances that you don't meet anybody during your hikes is quite good.

There is no international airport in this region, so you would have to make your way from one of the international airports in other regions of Poland. There are train and bus connections, especially in the bigger cities (though the big cities in this region are small compared to the big cities in other parts of Poland). If you plan on traveling to remote areas, you need to plan your route well. Hiring a car would be the most convenient option if you don't want to depend on public transport.